The Rödberg Trio, founded in 2010, specializes in playing the old-timey classical music using old-timey instruments and straight tone. Most of the time, this signals a whining, impotent-sounding performance to me, but in this case, this specific trio really kicks butt. Pianist Joomas Ahonen rolls out those arpeggios like he really means business, and the two string players perform with energy and drive. I still don’t like their HISTORICALLY WRONG idea that sustained notes should not be played with vibrato, but by and large their performance style is highly energetic and interesting.

And as I’ve been saying for a couple of years now, Fanny Mendelssohn was a far better and more original composer than Clara Wieck Schumann. The latter is highly overrated while Fanny M. and Pauline Viardot-Garcia are vastly underrated. Even a performance such as this, in which the sustained notes are robbed of their richness and expression by the constant use of straight tone, you can’t miss the fact that Fanny’s music had the same inventive qualities and inner drive as that of her brother. Only the social conventions of her time—the push to get married and have children—kept her from becoming a more prolific composer. Her brother had all doors opened to him; Fanny had most of them closed in her face. I’m still convinced that her early death was due to her giving up on a life she didn’t choose and didn’t want to lead, exacerbated by her brother admonishing her to give up composing and take care of her husband and baby. When she died, Felix was so shocked—and, I’m convinced, so guilt-ridden for having taken away her very spirit—that he himself lost the will to live and died six months later.

The Piano Trio in D minor is clearly Fanny’s greatest surviving chamber work, although she also left us a Prelude and Fugue in E minor and an excellent Piano Sonata in G minor along with a fairly large group of songs. This performance is nearly as good as that by Maria Bader-Kubizek, Dorothea Schönwiese and Hrvoje Jugović on Brilliant Classics.

The Rödberg Trio’s performance of Felix’s Piano Trio in C minor is as exciting and energetic as that of his sister’s work. The more I listened to this CD, the more I realized that, despite the fine energy that the string players bring to their parts, it is largely pianist Joonas Ahonen who is the real sparkplug of this trio. Were he to be replaced by a mere mortal, I believe that their energy level would drop by several decibels. Despite the fact that he plays a Böhm fortepiano of the composers’ period, he does so with a very energetic attack and a wonderful way of creating sustained lines via his rolling fingerwork and binding of phrases. (Sometimes I wonder if the “historical instrument” crowd realizes how truly awful most of these instruments sounded to the composers of such music and how much they longed for larger and better instruments that were easier to play and also produced richer and fuller sounds, but it’s like talking to the wall. They just don’t care. “Authenticity” trumps sound quality in their minds.)

Recommended, then, for the energy and spirit of these performances. 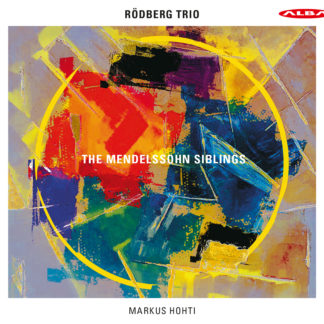